Its long length ensured that I didn't need to be in the "perfect" spot to still get pleasure. Its vibrations meant that once I held it against myself, I was probably going to end up having an orgasm.

While there's still a lot of amazing things to be said about in-person shopping, online sex toy shopping still offers the best convenience for taking your time and thoughtfully narrowing down your purchase - without feeling awkward if you're the sole customer and feel like the shop attendant is watching you.

Why Are Vibrators So Amazing?

Playful Options Exist: Especially for those who are nervous about owning a "sex toy", it's easiest to find playful, approachable designs in the world of vibrators. Innovative companies like Emojibator provide bright, fun, and colorful options. The world of vibrators offers more visual options than other sex toy types.

What Are the Options?

If you're brand new to vibrators, you're probably feeling awfully overwhelmed by how many different types are out there. Most sex toy retailers even sort their vibrators into separate categories. Which one do you click on?!?

Well, let me give you a bit of help and introduce you to the different types of vibrators out there: 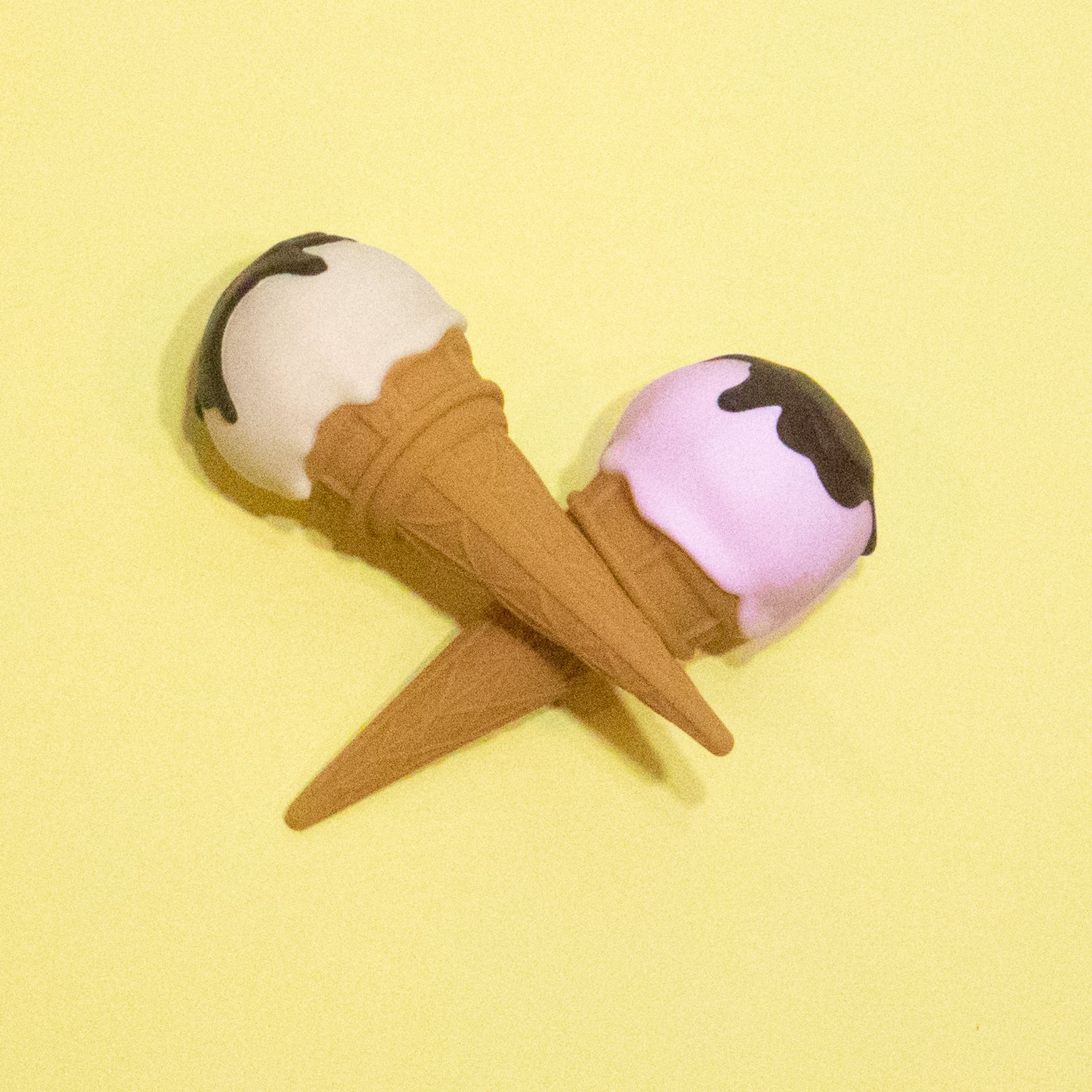 All that is to say: your rabbit vibe can still provide pleasure, but be aware that it might not be a perfect (or instantaneous) fit. 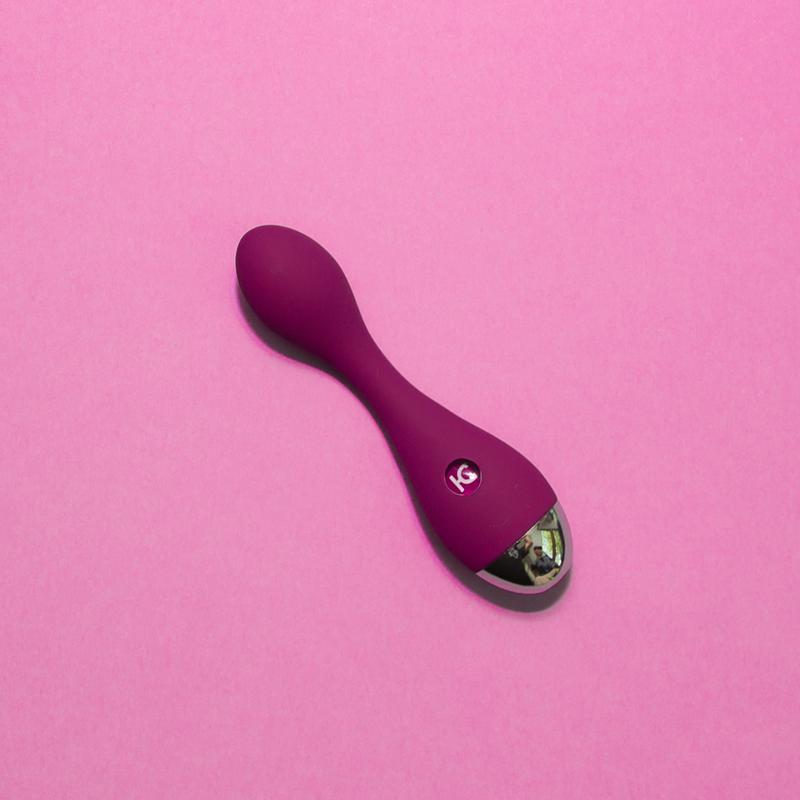 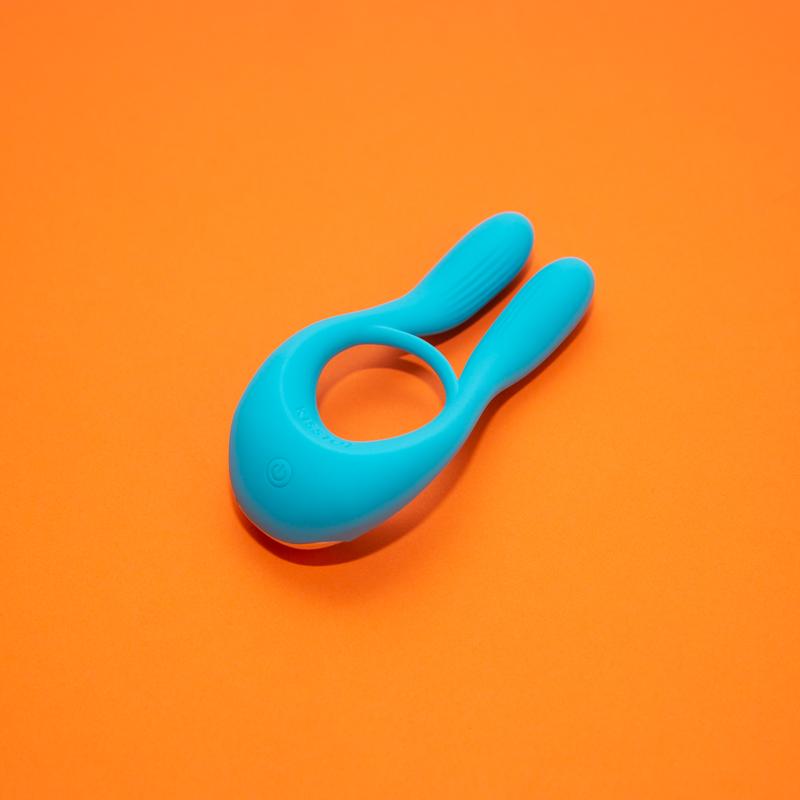 While most vibrators on the market are crafted to pleasure a specific part of the anatomy (whether that's the clit, the butt, the penis, the g-spot, or anywhere else,) gender-neutral vibrators are specifically crafted to be gender-free. This means that they aren't really crafted to hit a specific spot. 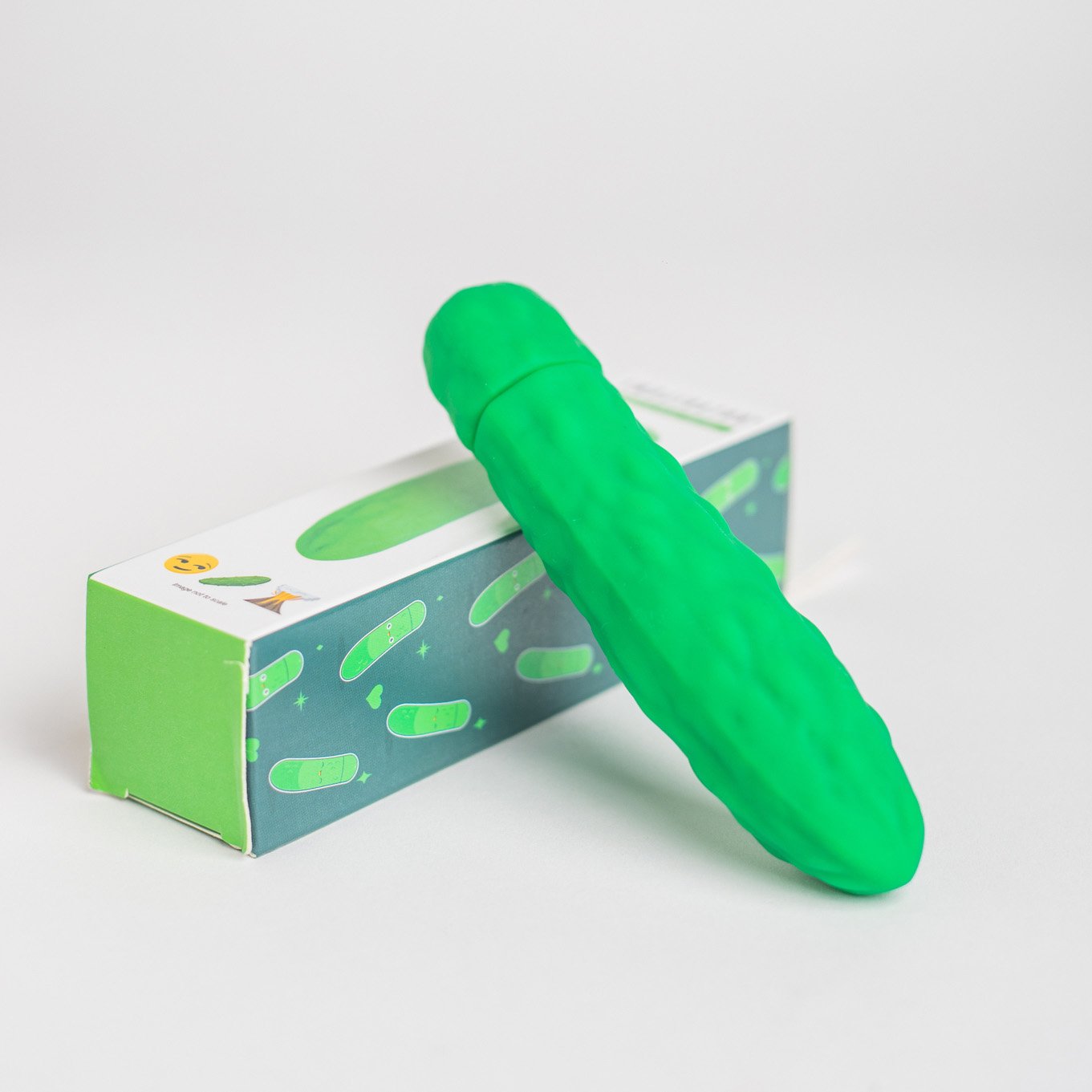 Relatively new to the world of vibrators, air suction vibrators have blown everyone out of the water ever since their initial release. Instead of vibrations, air suction toys use the power of suction. As many people can tell you, sucking on the nipples, penis, and clitoris can feel very good! Now, it's possible through just a sex toy.

Air suction vibrators have really exploded onto the scene within the last few years. Known for their ability to easily rock some people into multiple orgasms with no overstimulation or pleasure fatigue, they've really become a bedroom favorite for many. 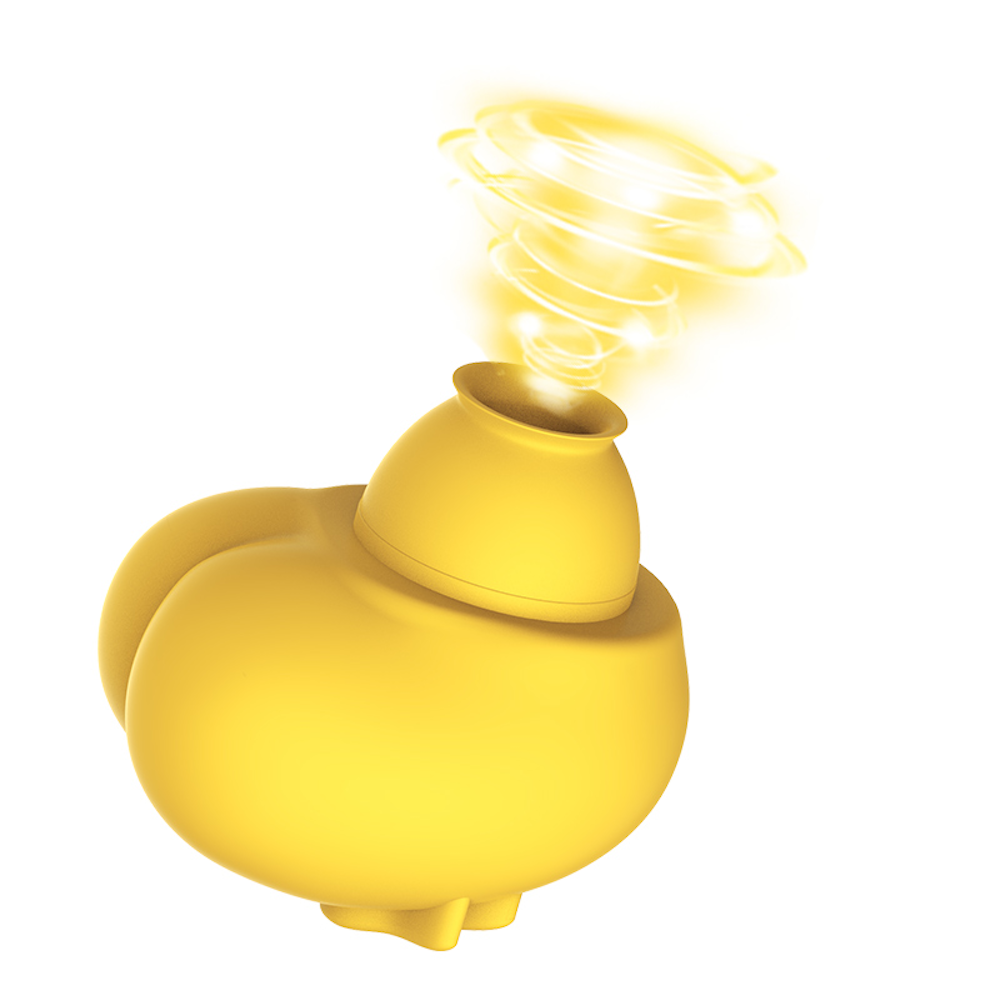 In most cases, this means that penis vibrators are cylindrical in shape (in order to wrap around the penis) or that they look like little hats (in order to sit on top of the penis and pleasure the head).

Those specialized shapes help bring vibrations to the most sensitive spots on the penis.

Sex Toys and Products
The Case for Owning More Than One (or 10) Vibrators
by M. CHRISTIAN 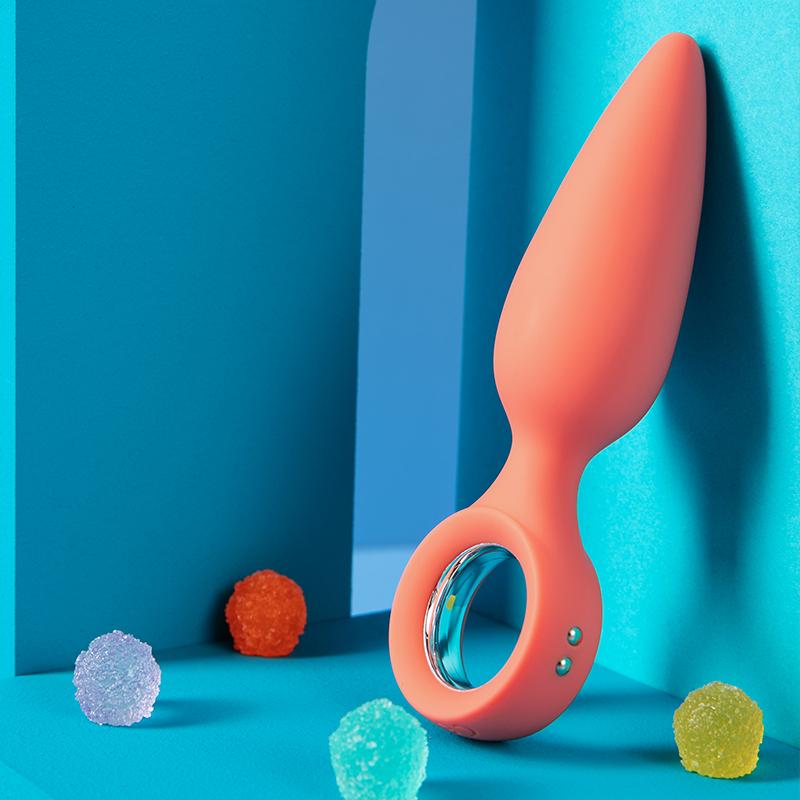 So, now, wand massagers are a pretty common type of bedroom toy! The large, broad head means you don't have to be as precise when finding "the spot", but the powerful vibrations mean that you can quickly figure out which spots feel "good" and which ones don't. The long handle means most people can use wand massagers with minimal strain - though the wand massager's heft may make it an uncomfortable choice for some people with wrist strength concerns.

You should get a wand massager if:

When looking through the selection of vibrators out there, keep in mind:

Like most things about sex toys, I recommend saving up to get a slightly better sex toy if possible. While all of us have started off with the cheapest possible toy we could find (remember my $15 toy?), you'll find better quality by spending a few more dollars. It's usually worth saving up to get a slightly more expensive toy - than settling for the cheapest one because that's what's in your bank account at this moment.

Do You Want to Insert It?

If you're brand-new to sex toys, most people new to penetration and toys prefer something in the 1" to 1.25" diameter range for vaginal pleasure - like the Eggplant Emojibator. If you have a lot of experience with penetration and intercourse, you might prefer a thicker toy - but if you have that experience, you probably have a general idea of what "size" you prefer, too.

(Tip! If you're looking at inserting the toy anally, ensure that it has a flared, anal-safe base, too! Especially for smaller vibrators, without a flared base, a toy can easily be "lost" inside the butt - and that really isn't fun.)

How Powerful Do You Need It?

Vibrators come in a wide range of power intensities - which is fantastic because human bodies come in a wide range of pleasure needs too! Some people will prefer gentler vibrations - and anything "powerful" will feel like uncomfortable overstimulation. Others will find those gentler vibrations too soft to actually get them off - and that can be frustrating about a toy too.

Getting more power can come with trade-offs, though. More powerful toys tend to be more expensive - as strong, powerful motors cost more money. The more power you add to a toy, the louder it tends to become as well. Balancing extra-powerful vibrations with the precise design and softening aspects to keep things quiet is a very difficult task.

How Does It Get Its Power?

While rechargeable toys are easier to find nowadays, some sex toys still use batteries. Neither is better than the other! Rechargeable options can be great; you'll never have to worry about buying batteries. At the same time, rechargeable vibrators require that you have the privacy to openly charge your toy - and if a rechargeable toy runs out of battery mid-use, you'll just be stuck without a sex toy.

How Do You Clean It?

Your toy's design can determine how simple/difficult that process is to do. Especially if you're someone who has a limited amount of time to clean your sex toy without arousing suspicion from others in the household, a toy that's quick and easy to clean might be vital for you.

The toy's waterproof capabilities make a big difference for cleaning. If your toy is waterproof, it can easily be held under the faucet which eliminates the need to carefully wash your toy. It's just faster to clean a toy that can go under the water.

How Discreet Is It?

Do You Want to Use It In the Shower?

What are the Practices of the Manufacturer?

If you're someone who's concerned about environmental impact or sex positivity, you might want to take the manufacturer's practices into account before purchasing your sex toy too. While this concern is still new to people's radars, it's important nonetheless, and it's something you should consider if these things are important to you.

Whether the company is sex-positive can also be a bit difficult to ascertain. Does the company seem to promote a healthy sex life - without sexualizing it? Are women mentioned in derogatory terms? Does the company provide clear, easy-to-understand instructions about their toys? Does the company offer sex education in some form - like articles, videos, PDFs, or more? If so, does the educational seem correct, or does something seem "off" about it?

While not as important to your use as the other tips on this list, this may still be important for you as a consumer.

It's All About You

Sex Toys and Products
The Case for Owning More Than One (or 10) Vibrators
by M. CHRISTIAN