Why I Love Angry Sex

Angry sex is often referred to as ‘make-up sex.’ It’s lustful, it’s primal, and it’s forceful. It usually takes place after a heated argument or a tiff. It’s when anger is siphoned through a good, hard fuck.

In a climate of feminist outrage, political correctness, and 24-hour-newscycles, angry sex is an unpopular sport to love. Individuals who indulge in angry sex are often subjected to public shaming. Males are labelled misogynists, rapists and abusers for willingly participating in it. Females are labelled internal-misogynists, victims of the patriarchy, and enablers of violence against women. It’s unsubstantiated vitriol and, in my personal opinion, it’s fear based.

Sex is black, white, grey, pink, purple, leopard-skin, and much much more. And, as a proud feminist I’m here to tell you that I love angry sex. Below, I explore some of the reasons why. This is not about being a victim of the patriarchy; this is about embracing my femininity and girliness. This is about wanting a man to act like a man. I don’t want a watered down version of maleness. I don’t want a duplicate of me. I want strength and cockiness.

I desire the strongest mate. We may have evolved from the animal kingdom, but the mating game remains the same. I want to be hit over the head with a club and dragged back to a cave. I want passion - the Elizabeth Taylor and Richard Burton kind. Leave the tender sex for the other girls and save your beast for me.

Rough and pounding sex is what pushes me over the precipice. It causes me to have screaming, multiple orgasms. It causes me to experience pleasure that I just don’t derive from other types of sexual activity.

Why? Anger can be channeled positively in the bedroom because it produces the same bodily reaction as danger does. "That’s why forbidden sex is usually very good sex: anger can act as an aphrodisiac,” sex and relationships expert Tracey Cox told the Daily Mail.

Angry sex has a high level of spontaneity due to its clear-cut roles of dominant and submissive. Is he going to pull my legs up higher? Push his penis into me harder? Or bend me over in doggie? Is he going to slap my ass? Pull my hair? Or bang me against the wall? I like the pace and haphazard shift-changing that takes place during angry sex. It keeps things spicy.

There’s definitely a safe place for angry sex in our sex-lives, no shame required. I’ve enjoyed angry sex for years - and I'll continue to do it for many years to, um ... come. 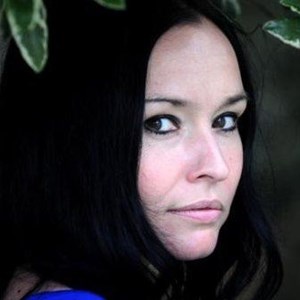