They’d all be wrong.

My teen years and early twenties, much like many kids who grew up in New York City, were fueled by heavy recreational drug use. It’s hard to pinpoint why we grow up so fast in the city. Maybe it’s the lack of sunlight. Maybe it’s the easy access to anything and everything. Maybe it’s just that it’s what’s expected of us. Personally, I don’t feel that I was necessarily trying to escape anything. It was just something to do. All my friends were doing it, so I did it, too.

I Found an Outlet

I Fell in Love

I'm Comfortable With Myself

The first time I was ever called a slut, I was in the fifth grade. My friend Amy and I were at her house for a sleepover when she told me, “The reason Jimmy dumped you is because he thought you were a slut. He wanted to fix you, but says you're a lost cause.”

Again, we were in the fifth grade. I didn't even know what the word meant. Naturally, when I went home, I looked it up in the dictionary. This is what it said:

Slut /slet/ noun
A woman with low standards of cleanliness.

My room was clean. My clothes were freshly washed. I showered every morning before school. What about me was dirty?

It would be another year before I knew the full meaning of the word, and a few more after that before dictionaries were updated to include the (now) more common definition, which we all know is:

Even then, I didn’t know what Jimmy had meant, but I knew that I should be offended. At the time of his accusation, Jimmy was the only boy I had kissed. Only once and only because of a dare from his best friend in a game of “Truth or Dare” on a school field trip. It was hardly scandalous; it wasn’t even French.

Read: Hate to Break It to You, But You're Probably a Slut.

Looking back, I realize Jimmy didn’t know the meaning of the word either. It makes me wonder what had given this 11-year-old boy the premonition, if that’s what it was? Did he just have a sixth sense telling him that I’d grow up to love sex? We barely knew what sex was, let alone that having a lot of it was considered a negative thing.

What had put that word in his mouth?

Or maybe, the word implied more than just sleeping around. Maybe the word represented feminine sexuality as a whole. I was a young girl just starting to bleed for the first time. Not only was my body starting to change, my personality was becoming more feminine too. At the same time my breasts had started to grow in, my girlfriends and I were getting more social, and we were now ditching playing foursquare for gossiping about boys during recess. I was most definitely a “girly girl,” becoming a sexual being, gathering male attention: something perfectly natural, so much so that it’s practically animalistic. Without knowing the exact definition, my innocent behavior was enough for young Jimmy to recognize me as "slutty." Which, by the way, is really, really, fucked up.

The last eight years in this business have brought me more than just mind-blowing orgasms; they’ve brought me the kind of sexual confidence not all women are fortunate enough to experience. It’s something that came to me gradually, and it’s something I’m proud of. I wish this feeling weren’t a luxury, but the standard. Obviously, I’m not saying every woman needs to get into porn to gain it, but I think it’s made me a good example of an emotionally healthy woman who owns her sexuality, an example of why being a slut isn’t necessarily a bad thing. That's something I think the world needs more of. 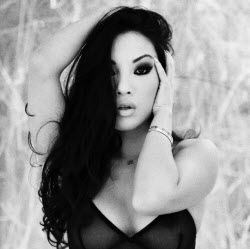