You Can Find Anything On Etsy ... Even a Sex Toy Some ChavezDezignz. Aren't they adorable?

Even more surprising (or maybe not, now that I think of it) is that the sex toy artisans on Etsy are so diverse, you can find almost anything to satisfy most "traditional" kinks (if there is such a thing), along with some kinks you might not have known about.

Case in point: If you’re in the "I love zombies, aliens and ghosts so much I want to put them in an orifice" crowd, you will find your haven at FunVibes on Etsy. What initially caught my eye was a bloody, mangled and eerily named toy called "The Finger." It even has its own tagline: "Give someone 'The Finger’ and they’ll thank you for it." For those who require more convincing, there’s a G-rated demonstration video ... just in case you need to see how realistic the lacerations and incomplete, jagged, gray fingernail is close up. If this is your kink, you have found your dream sex shop. FunVibes also carries vibrators depicting a Klingon, Bigfoot and the Alien inspired by the movie of the same name. A selection of FunVibes, for your horrific pleasure. I was coveting a cashmere and leather flogger that my friend, The Redhead Bedhead, had on her blog and was again told that I could get it on Etsy. I quickly ran to the computer to buy one and was delighted at the reasonable price of $55. But that isn't the only cool thing SwoonKink has for sale. Some even offer a new twist (so to speak) on masturbation sleeves - they make them out of cashmere! While traditionalists may go for common elastomer, silicone or the like, a penis owner who craves the finer things in life, masturbates into cashmere. Luxury sometimes does come cheap though; the cashmere is up-cycled so the sleeves start at only $23. Yet another Etsy store called Dog and Hoop has some deliciously well-made - and sinfully sexy - designs. I spotted these black leather cuffs embossed with thorns and a steel lead ring in an ivy motif. They're so simple and elegant you could probably wear them out to dinner. Dog and Hoop also carries collars,leashes, and faux fur lined "Hands of Praise" that look so cool, I want one - and I don’t even know what a "Hand of Praise" is. But Etsy doesn’t stop there. Other salacious treats abound, like steel paddles, wooden Light Saber Floggers, and even design plans to make your own. There are elephant cock slings, cock rings with pig ears, respirator (style) masks and leather fantasy masks for role play. I could go on and on … there simply is no end.

Now, I can’t speak to the quality of materials or craftsmanship of anything mentioned above, so if you’re interested, please make certain you ask the shop owner all the questions you need to know about the product you’re interested in BEFORE you purchase. And whatever you choose, please make sure it's made from body-safe materials. 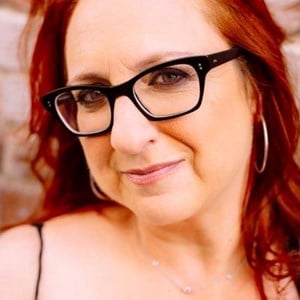