Part of:
ELECTROSEX: ADVICE FOR ROOKIES, PROS AND EVERYONE IN BETWEEN
1 | Electro Sex 101: Everything You Need to Know About Electro Sex 2 | An Intro to E-Stim - and Toys! 3 | 9 Things to Check Before Playing With Electrosex 4 | Shock Your Sex Life: Electrosex for Couples 5 | Electrify Your Orgasms: TENS Units for Beginners 6 | 8 Violet Wand Sensations You Need to Try 7 | Amp Up: Advanced Electric Wand Play
by SUNNY MEGATRON
Published: AUGUST 9, 2019 | Updated: FEBRUARY 10, 2022 12:08:48
A Neon Wand or violet wand can electrify your love life - no pain required.

Eeek! Why would I want to be electrocuted?

After all, that’s what’s most exciting to watch! While you can absolutely elicit that same reaction with electrosex toys at home, they also have a much softer side many of us never get to see.

There are two types of electro sex devices, and they're both versatile enough to use for intense fetish play or tender love making. These are wands and TENS units. Each are used for different types of electrosex play and create very different sensations. Wands are typically used on the surface of the skin while TENS units penetrate deep tissue, making them better suited for genital orgasmic stimulation.

I’ll focus on wands in this article and we’ll dive into the tantalizing world of TENS units later. (Read a review of the Mystim Pure Vibes Nerve Stimulator.)

Read: Electro Sex 101: Everything You Need to Know

Typically known as violet or Neon Wands, these toys are not meant to be inserted inside the body or to bring someone to orgasm. They are strictly for sensation play, which means that you glide them over a partner’s body much like you would an ice cube or a feather.

The Kinklab Neon Wand and other violet wands look nearly identical. They consist of a hand-held base powered by a wall outlet. A number of attachments plug into the base, the most common of which consists of glass electrodes. Powered on, the electrodes glow like the tubing in a neon sign. When you hover the glass about a quarter of an inch above the surface of someone’s skin, an arc of electricity jumps out.

It’s very similar to the "lightning" that bounces around inside a plasma ball. The person on the receiving end feels sensation wherever the small, lightning-like electric arc touches them.

On lower settings wands can feel like a slight tingle, a tickle, or pleasantly warm. Turning the power up escalates the response to a static shock feeling, a sharp prickling, or intense scratching sensation. Some say that on very high settings, a wand feels like a tattoo gun.

But ... you kind of have to try it yourself to really know the answer. Everyone feels the effects of wands a little differently due to body density, moisture levels in the skin, and a number of other factors.

What’s better for electrosex, a Neon Wand or violet wand?

I always recommend Kinklab’s Neon Wand for beginners and most experienced players. It’s a smart choice for a number of reasons. An average violet wand kit typically runs in the $400 - $500 (USD) range, while the Neon Wand sells for $100 - $150 (USD). Plus, violet wands are based on old, Victorian-era technology.

They're harder to control, can only be used for 10-15 minutes at a time before overheating, and can "leak" electricity from the handle, unexpectedly zapping whoever is holding it. The improved technology in the solid-state Neon Wand eliminates these undesirable effects.

As long as that flat metal piece is in constant contact with the bottom’s skin, their entire body becomes one big electrode. In other words, their whole body is electrified!

When the top (the person giving sensation) hovers their fingers just above the bottom’s skin, a lightning-like spark passes between them that they both feel. This effect works with any surface on either partner’s body, like tongues, genitals, feet, etc.

The intensity of those sensations is still controlled by the power setting on the hand-held unit, allowing you to choose whether your instruments deliver pleasure or delicious torture. (Read: Review: nJoy Pure Wand.)

How can I use an electrosex wand with my partner?

Neon Wands are wonderful couples’ toys and are ideal for bringing creativity and playfulness into the bedroom. They help focus your attention on erogenous zones you may otherwise ignore. Bringing those sweet spots to life can enhance foreplay and intensify the whole sexual experience.

Think about it: When was the last time you made your lover quiver by stimulating the back of their knees or paying careful attention to the entire length of their arm?

Lastly, don’t forget role-playing. For those of us who are into that sort of thing, wands make awesome props for mad scientist or doctor/patient scenarios. (Consider it part of your "sex lab." (Learn more in Getting Curious: The Surprising Skill for Hot, Fun and Consent-Happy Sex.)

OK. But are electrosex toys safe?

Although Neon and violet wands deliver very low levels of electricity and are considered very safe, they shouldn’t be used by anyone who has a pacemaker, insulin pump or any other electronic medical implant.

Pregnant women and people with heart arrhythmias or abnormalities should also stay away from electrosex wands.

Glass electrodes are not intended for insertion into any orifice like the vagina, anus or mouth. And you should never use wands on or near the eyes.

Yes, you do! If you’d rather cut to the chase and go right for the intense orgasms, a TENS unit with electrosex toys may be more up your alley. 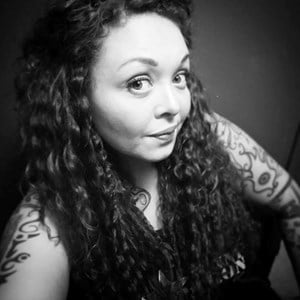