5 Reasons to Keep Your Pubes

by SARAH JANE MCKENNA
Published: JUNE 9, 2016
Pubes aren't just about personal preference - keeping them can pay off, both in terms of your comfort and your sex life.

Hair “down there” can be as dividing of an issue as one’s political ideology. Some folks fiercely believe that bald is beautiful, while others prefer the bush, and of course there’s plenty of room in between. In more recent years, though, bald has definitely been winning out. It has been speculated that pubic hair removal began as far back in human history as ancient Egypt. More recently, the first razor marketed toward women entered the scene in 1915. The bikini became a definitive trend in the 1960s. Because body hair carried social stigma, the newly exposed skin of the bikini line became another target for hair removal, which has largely continued to the present day. (Statistics suggest that most women remove at least some of their pubic hair through waxing, shaving or electrolysis.) I'm all for embracing the bush though. Here's why.

5 Reasons to Embrace the Bush

Why, beyond matters of personal preference (which can also be argued and interpreted as internalized social norms) and religious customs, is there any pressing reason to remove your pubes?

Now, I’m not advocating that everyone should uniformly embrace the bush. I just want you to consider your options. Frankly, there are a lot of positives that come with letting your hair down.

Less Friction
I don’t know about you, but I hate chafing. I want my underwear to be so comfortable that I forget I’m wearing it. That’s not possible when my inner thighs and bikini line are being chafed to hell by the leg holes of my undies. While there are some brands and materials that are compatible with the fully-shaven lifestyle, overall, pubes help keep friction at bay. This also applies to any sex position with a lot of pube-on-pube contact, like missionary.

More Money
Hair removal is hardly cheap, and course pubic hairs tend to eat up razor blades in short order. If you’re shaving your pubes, you might be using a specialty product to try to prevent the dreaded burn and bump, which can cost $12-20 every 4 months or so. If you’re waxing, you’ll probably visit your salon 8 to 13 times per year based on average hair growth. Since each visit can cost anywhere from $20 to $50 plus tip, that’s a pretty high yearly expense. Don’t even get me started on the cost of laser hair removal.

Bye Bye Razor Burn
There is no mild inconvenience that I hate more than razor burn. As a super-sensitive-skinned individual, I’m prone to razor burn no matter what razor or shaving product I use. When you combine razor burn with lacy panties or friction-heavy sex positions, you are entering a world of hurt. Plus, the big, red, itchy bumps that razor burn can cause aren't exactly sexy looking either.

You Can Be Stylin'
Maybe you want to remove some, but not all, of your pubes. Maybe you want to experiment with trimming to different lengths. That’s great! Just like the hair on your head, there are plenty of options for expressing yourself below the belt. You might find that you like to keep most of your hair, but shave your inner thighs. You could try shaving a shape. You might like the hair on your labia trimmed extra-close, but prefer your mons pubis to have a little more fuzz. You have so many options between bush and bald! (Read Full Frontal: Waxing Your Vajayjay.)

Want to read more about the power of pubes? Check out In Defense of Pubic Hair.

Perspectives
Hate Your Body? How It's Ruining Your Sex Life and What to Do About It
by KAIT SCALISI | Sex Educator
Advertisement
Have Better Sex! 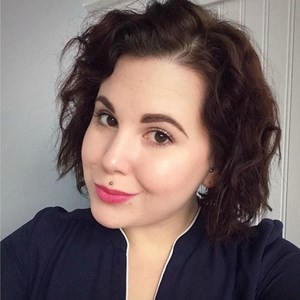 Sarah Jane McKenna
Sarah Jane McKenna has been involved in the adult industry since the age of 20, when she began hosting at-home sex toy parties. After falling in love with blogging, she packed up her home party kit to pursue toy reviewing. Since 2012, she has been growing her blog (Marvelous-Darling.com), as well as honing her skills as a copywriter, guest blogger, and independent consultant. Currently, she is pursuing a Master of Social Work through Widener University.
Full Bio
In The Kinkly Shop
Visit The Kinkly Shop