I Was Diagnosed With MS. Here's What It Did to My Sex Life

by AMY MACKELDEN
Published: NOVEMBER 11, 2015
Being diagnosed with a chronic disease can be a big change. While your sex life can change, it's important that you know that you can put in the work to take it back

I found out I had MS two weeks after my 30th birthday. The timing wasn’t great. While everyone else was moving on with their lives, I felt totally stuck. My body was doing some crazy things – I’d lost sensation from the waist down, in both legs, and sex was definitely not on my mind in a lot of ways, and for a lot of reasons. But at the same time, I was thinking about sex a lot. What would happen to my sex life now that I was disabled? People with MS often have issues in their sex lives due to the nerve damage that happens during a relapse or attack, which sometimes irreparably harms nerve pathways.

The first mistake I made after being diagnosed with MS was to Google it. What exactly would you Google in this situation, you might ask? I typed in something along the lines of “Can you lose your orgasm when you have MS?” Just like when you Google anything medical-related, the answers were totally terrifying. Although there are handbooks out there on how to have a sex life when you have multiple sclerosis, some of the advice is rather ... unsexy. For instance, being told to sit on a chair blind-folded while the other person stands behind you and straddles your body didn’t turn me on even a smidge. To each to their own, I guess, but I wanted to know how, when your body’s no longer the same in so many ways, to have an enjoyable (and even amazing) sex life.

For whatever reason, I’d never had a very frequent sex life, and before diagnosis this hadn’t really bothered me. Yet, faced with the possibility of never having an orgasm again, I was suddenly terrified. The advice I’d found on Google, buried deep in a Web chat with a so-called doctor, said something along the lines of: “If you have MS and have lost your orgasm, this may well be permanent. You need to grieve for this loss and find other ways to enjoy intimacy.”

I’m sorry, but WTF? While I agree that there are ways of being intimate with someone that don’t involve penetrative sex, the bluntness of this advice was shocking to me. Was I devastated that my orgasms had felt different since my most recent major relapse? Absolutely. Was I ready to mourn them and label them as presumed dead? Most definitely not.

I can understand the advice to mourn your orgasm from one perspective: it’s totally devastating when you can’t come. I am totally OK with the fact that one day MS might take this from me for good. It’s a fact of the disease that relapses can cause irreversible damage. However, at 30 years old, I was nowhere near ready to quit. I wasn’t mourning my orgasm; I was mourning the fact that I felt closed for business and hadn’t experienced nearly enough sex in my lifetime yet. I wanted the kind of sex people on TV seemed to have: irresistible, exciting, spontaneous, and as much of it as they wanted.

I worried that it was unrealistic to expect, want, or desire more sex. Maybe it was a reaction to being diagnosed with a degenerative illness, turning 30, or suddenly wanting a life other than the one I had. I guess it’s important to describe what this loss felt like so you understand why I felt so desperate.

Learning About Orgasms for Myself

Sex itself was also uncomfortable because at first the nerves sent signals in the wrong directions, making my legs tingle. The act itself became a distraction. Combined with relationship tensions, sex turned into a total catch 22. I wanted more of it, lots of it, to make myself come, because by some strange logic I figured if I could make myself come enough times, my orgasm would come back. Yet at the same time, I didn’t want to be reminded of that fact that my body wasn’t working the way I wanted it to, and that made me super sad.

It took months, but gradually, I started feeling more. This was a combination of exercise (cardio is awesome for people with MS in making everything work better and feel more alive), practice (I became the wank master), and the medication I’m on. My consultant said he could see some healing of the lesions in my brain on the latest MRI, and this is definitely due to the efficacy of the meds. I didn’t tell him that said healing had led to super intense orgasms, but it’s one of the most important wins post-diagnosis.

Mostly though, masturbation was what got my orgasm back. I got really good at fantasizing, something I’d not done much of before I had this issue. This was an essential element of my orgasm training. Sex was off the table for quite a while. However, having this time alone, learning about my body, and enjoying the fact it was fixing itself, slowly but surely, was great for my self-esteem. I know not everyone is in to them, but for me, orgasms are such an important part of my well-being. I’m guessing it’s the same for other people with MS, disabilities, and chronic illnesses. Feeling something positive happen in your body makes all the difference. (Learn more in 13 Myths About Sex and Disability.)

These days, sex actually makes my symptoms feel better by calming down nerve pain and fatigue. Hopefully, there are some studies being carried out researching the effect sex has on people with chronic illnesses. If there are, sign me up. Sex is a part of my therapy, and I’m going to make the most of it while I still can.

Sex Without Orgasm Is Still Sex

What I've also learned is that even if you can't come, your sex life is far from over. There is a lot more to sex than just the happy ending. Which brings me to another thing I've learned: Choosing a sex partner is a pertinent issue when you have an illness like MS. I can totally understand the inclination to have multiple sexual partners if you find yourself in a position such as mine, unsure about the future of your sex life. I think that is a totally valid way to work out any issues you have with your disease: by experiencing as much as you possibly can. For me, it was finding a person who was completely calm about my disease and the problems it caused me such as intense fatigue, nerve pain, sensitivity, bladder issues that required sex breaks (sexy, right?), and that I’m a emotional soul (basketcase!). My current partner has given me so much more confidence in my own sexuality, and allowed me to explore sides of myself I didn’t know existed (cliché alert). Prior to diagnosis and treatment, I truly was too tired much of the time to enjoy sex. Now, energy permitting, I want it as much as possible. Finding a no-stress person who is ready to try anything and who is not freaked out by whatever the disease might throw at us has been one of the best things to come out of my diagnosis.

My sex life is way better since MS because it’s more honest, and there’s more sex. I know the desperation that manifests when sex goes wrong, orgasms are lost, and sex feels weird. If you've recently been diagnosed, you don’t give up and don’t listen to Google on this one. There are things you can do. I recommend putting the work in, especially if it’s a subject you’re having trouble with right now. Even if orgasms are elusive, when you’re with someone who understands how you and your MS roll, and who turns you on immeasurably, having sex stops being about that end point. After all I've been through, that, in itself, makes for a pretty happy ending. 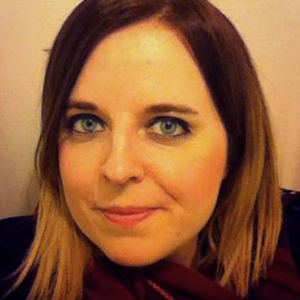